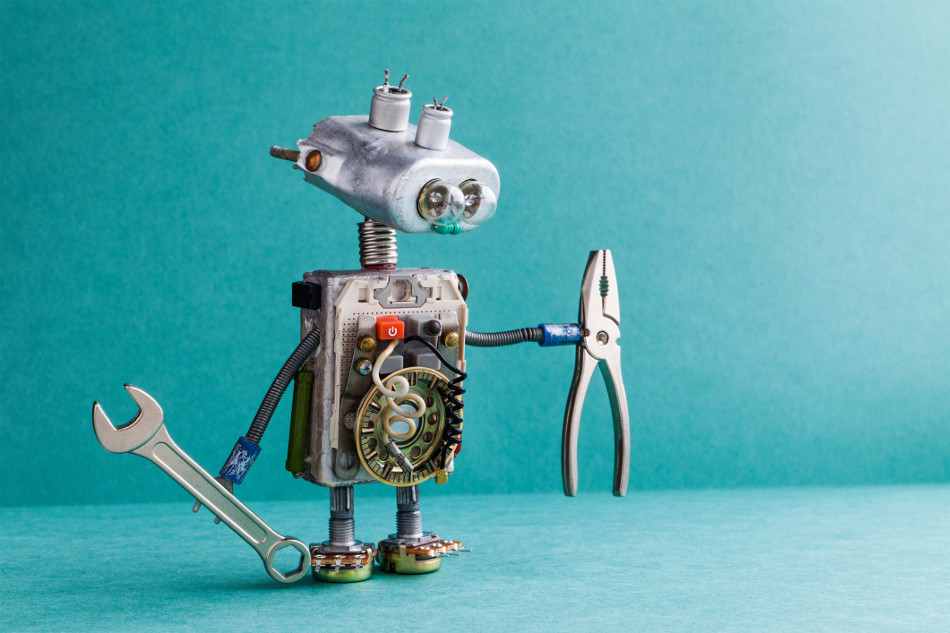 Today we explore the concept of robotic process automation or RPA (no you will not create terminator T-100). This article will discuss the technical and business aspects of RPA and strictly stay away from ethical aspects around labour force reduction.

Robotic process automation is mechanism by which human interaction of a user with an application is replaced by a software called robot or a bot. The software used to create the bots is called a RPA authoring tool.

Although RPA is marketed as an end user and is designed to replace human interaction with computer it requires some degree of skill to customize and define a flow. This is especially true to build the tool that cater to error scenarios, configurability and high level abstractions, because end users are seldom trained for abstract computer modelling.

With a better grasp of what RPA is and what skills are needed, we attack where in an organization would RPA be helpful? RPA may be used to do any repetitive task that a human does for example

While RPA tools allow simple decision making and flow control they are not currently suited for areas that require creative input or high level of intelligence.

RPA journey begins with business defining process and a detailed workflow with errors and exceptions and scenarios. The process is then automated using an RPA tool. RPA tools depending upon features allow to be installed and used across central databases. They may be scheduled and time shared for example during business hours the RPA tool may respond working a HRMS while late at night may work on end of day process and closing.